I’m pretty sure this is not the correct pronunciation. 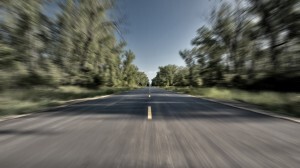 I’ve toyed with the idea in my head for a while now. About a month ago, I started telling friends and family of my plans (many of which just thought I was drunk). Yesterday, I began my training, and on October 12th 2014 I will put my year long commitment to the test. I intend to run the Chicago Marathon in 2014.

It has been nearly a year since I have been to the gym, so going there after work last night seemed strange yet vaguely familiar. I wasn’t as far behind physically as I thought I would be. I was able to keep up a brisk walk on the treadmill (3.6 mph) for an hour without the heart rate monitor telling me to stop and call an ambulance. As unimpressive as that sounds, it’s better than what I expected. I’m not a fan of tread mills (or stationary bikes for that matter) but the consistency and control they offer over my pace at the beginning stages of my training are definitely welcome. I’ll stay indoors on the treadmill until spring, and then transition to actual pavement once the weather is a bit more cooperative.

But wait, there’s more! So Jenn had been discussing my plans to run a Marathon with one of her co-workers, and he said that he ran a Marathon once too. He also said that “it’s one of those things that you do once, and then never need to do again. Twenty-six point two miles is a very long distance to run.” I thought about that, and decided to amend my plans. Not only do I plan to run the Chicago Marathon in 2014, but I vow to continue my training and improve upon my time in the Chicago Marathon in 2015. Yep, I’m going to at least run it twice. Don’t ever let it be said that I do anything half-way.

And just in case you were wondering, a pace is an actual measurement from Roman times equating to approximately 1.48 meters. Now you know, and knowing is half the battle.