I’m all for a global market, don’t get me wrong… but there’s just some iconic things that really should remain rooted in their original habitat. The list could get pretty lengthy, but I’m going to pin it to one thing today, and that’s Bourbon.

As a connoisseur of whiskys, let me pause for a brief clarification to the benefit of the less spirit-wise. All Bourbons are whisky, but not all whiskys are Bourbon. Bourbon is a legal term requiring that the so-called spirit adhere to these standards: 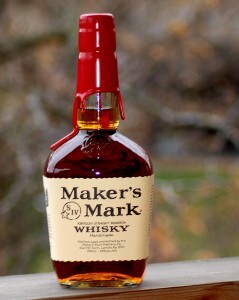 So why bother bringing this up? Well it just so happens that my favorite brand of Bourbon has recently been acquired by a Japanese company. Like I said, I’m all for a global market. I even work for an American steel company formerly owned by Greeks that is now owned by Russians. However, I think this is just a bit different. It would be like Samuel Adams purchasing a Scottish distillery and distributing their whisky to Scots and still calling it Scotch. That shit just ain’t right.

So the question that plagues me: Should I replace this nearly empty bottle of Maker’s Mark with another, considering that the profits from my next purchase will be sent overseas? Or shall I endeavour to find another Bourbon producer whose profits remain in this great (however misguided under the current commander in chief) nation of ours? These are the enigmas that keep me up at night.

Well fuck me, if this bottle hasn’t managed to descend into emptiness whilst I debate my dillema. I guess I’ll just have to go find another brand to replenish my shelves tomorrow. Oh, but I can’t do that in Indiana… but that’s a rant for another day.

So… any suggestions as to which brand I should invest my liquor loyalty in now? 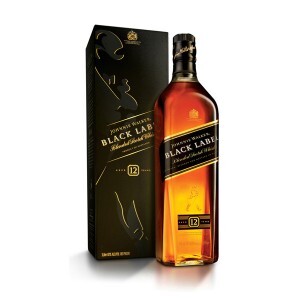 Fuck it… I’ll just go back to drinking Scotch. Johnnie Black, I know you’ve missed me, but I’m back! At least it’s obvious which country my profits are going to now!

I’ll toast to this all year long: