While I’m running on a treadmill, I like to let my mind wander.

So last night at the gym, I’m chasing the end of a road that goes on to infinity (or until you turn it off), and I look up and see that I’m right in between 2 television sets. One has the Olympics on it, and the other starts airing a show called “2 Broke Girls.” Of course I have Slash and Myles Kennedy on the headphones, so I’m not listening to either. That leaves me to draw my own conclusions as to what these shows are about based solely on what I can see. One was fairly obvious, but I had trouble figuring out the one with bobsleds.

The show about the poverty stricken chicks was 30 minutes long, and you can bet I spent that entire 30 minutes trying to think of a way to take in all that I was seeing and make it funny. This image is the result of my mind’s attempt to occupy itself. 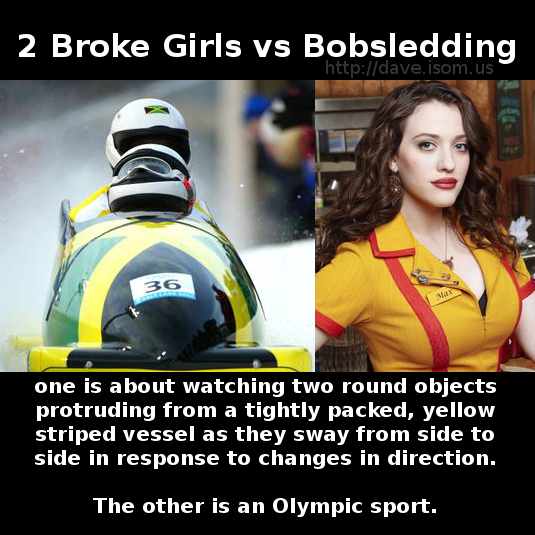